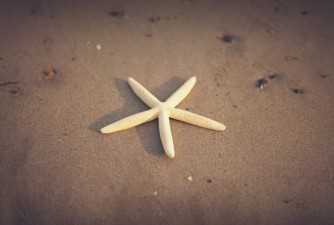 Five years ago I published in my first blog post of the year a short folktale as a way of wishing a happy new year to all followers and visitors from this blog, and I kept doing it until last December, when suddenly, I discovered that my website (and the blog included) had disappeared in the virtual space. The hosting company vanished, and with it, all the hosted websites, leaving behind a lot of angry users.

The funny thing is that this happened in 2009: my website has been working until this December 2015, when while performing a domain migration, the website disappeared into thin air. Apparently the website you have been reading all these years was just an illusion, like the reflect of an extinct star years ago in a far very far away galaxy. And I really felt happy to discover that from time to time mysterious and unexplainable things happen.

Luckily, the web designer had a copy of some files and he went to work immediately, and although in some sections we had to start from scratch, now, almost one month later, here is the new website, in a compatible format for new apps. The blog migration from blogger to wordpress was complicated. There is still a lot to do: a little painting here, a picture to hang there… But I’ve decided to publish it already, so no one would think I have been swallowed by a black hole. Suggestions and errors location will be welcomed.

That is why the story for 2016 arrives later, in a brand new website. I am grateful that someone of you let me know you missed it, so finally, here you are: I hope you’ll enjoy this story, and this year, too.

«They say that a big storm washed ashore thousands of starfish. The starfish were stranded o the beach, about to die under the sun. Two men happened to pass along. One of them bent down, picked up a starfish, and threw it to the waves. He picked another one, and another one…

The other man said:
—What are you doing? Do you think that you’ll be able to return all of them to the sea?  Are you crazy?

And the first man answered:
—Which one of these stars I am returning to the sea will say I am crazy?»