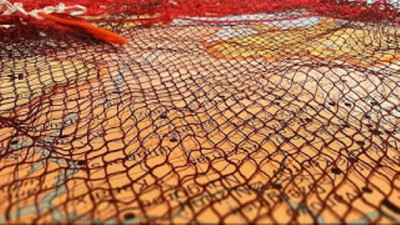 This year, in order to prepare the participation of ANIN (Associació de Narradores i Narradors) in the FEST Annual Conference, the FEST Team from ANIN (composed by Patricia McGill, Sophie Heydel and myself) wanted to spread and highlight more the FEST to all ANIN members. We wanted to find a way of arousing the curiosity and the desire of knowing more about what is happening in this European meeting of storytellers.

Above all, we wanted to emphasise what is the most important thing from FEST conferences for us: the fact of the meeting in itself, to gather and make something together, the creativity arising from the encounter, the triggers that are activated as you discover details and nuances of what other people do in other regions from the continent and beyond. And the concept of networking, of establishing connections, of weaving bounds between people.
Reflecting all that, we thought that the form of doing it was the most important. And we came to the idea of experimenting physically the virtual idea of waving nets. The experience has been very fruitful and inspiring.
The activity was divided in a preparatory session (Saturday 11th April afternoon) and 3 workshop sessions on 3 consecutive Saturdays (9th, 16th and 23rd of May), from 10 to 13. 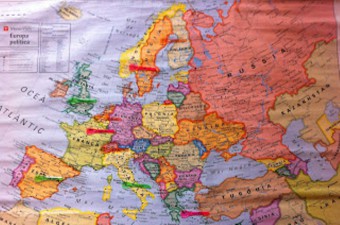 11 April 2015, preparatory session in Pati Llimona Cultural Centre
Before the preparatory session, we aroused the members’ curiosity with the mystery that confers the ambiguity of the Catalan expression «fer xarxa» (to make nets, but also networking in Catalan). People came to the meeting bringing a gastronomic delicacy with them, following one of the rules we had established, and with that we were trying to replicate what had been done in many previous FEST conferences in order to create a special atmosphere.
After that, we welcomed everyone with a short introduction about making traditional fisherman’s nets, by Xavi Abraham, a fisherman from Barcelona Fisherman’s Guild. The fisherman told us up that i to build a traditional net, you have to begin with just one thread, and you build the net tying one knot after the other, until you form all the net. And when the net breaks, you can repair it with a new piece of thread, building new knots. This helped us to weave parallels for explaining what is FEST for us, or what we think that it could become, or even to explain ourselves as an association. We shared a short history of the FEST, as well as details and questions, the relationship between ANIN and the FEST, and when we finished talking and began to share the delicious bites gathered, we had recalled all the FEST journey, as well as ANIN’s. And around the table full of food also ideas arise, old ties were renewed, projects were almost outlined… And many people decided to take part in the workshop scheduled in May. Meetings are like this: you always want a bit more. 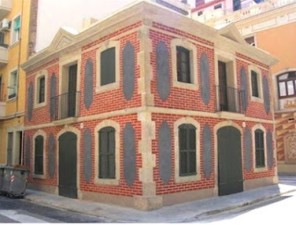 9th, 16th, 23rd May 2015, Fisherman’s net Workshop in La Casa de la Barceloneta 1761
The aims of the workshop were the following:
– To get the thread into the needle, knotting and weaving
– To bring to memory stories and songs related with the sea and fishermen
– To discuss the topics of the 4 Discussion Roundtables that will be held on FEST Conference 2015

These are some of the reflections that arise:
Saturday, 9 May: «Storytelling and immigration»
– To express the encounter between people and cultures with other words than the only term used by politics: immigration.
– To part from all traditions converging in one storyteller (not only the geographic or familiar ones), from all that he/she lives and loves when preparing and telling a story.
– To accept or to borrow from any culture anything that helps to renew life through stories.
– To search not only institutional relationships and to work with the people (belonging or not to institutions) for the implementation of artistic, cultural or social projects based on stories.
– To appreciate fusion as a way of securing your own identity, and as a natural form of encounter with the other through stories.
– To learn another language in order to tell and listen to local and foreign stories from another voice and from a different perspective.
– To keep a constant eye on every project of stories and diversity, to prevent it from stagnating or transforming in an institutional trap, or in another kind of standardisation.
– The understanding between cultures mainly through telling (Mythos) rather than explaining and reasoning (Logos), sharing symbols that anyone can live from his own perspective, and not some concepts that must be interpreted and understood from the meaning of the dominant culture.
– The folktale is an art that celebrates similarities and differences between cultures and people.
– We as storytellers can/should offer tools to make people and institutions to appreciate the wonder of stories for sharing lives.

Saturday 16th of May: «Folktales editions and illustrations»
– Most of the storytellers from ANIN don’t work with illustrated books, although they are sources of inspiration for us, and we owe a good part of our repertoire to folktales’ collections.
– We should strongly demand good illustrated books, because frequently it is the first contact for children with folktales, so it is important that they have a good start.
– The importance of illustrations as a trigger for folktales, a starting point for the imagination and the creation of your own images, or striking details.

«Storytelling festivals»
– To take care about the conditions and the environment of storytelling in a festival, not only as professional storytellers hired for the festival, but also as part of the public.
– It is very important to take care of a festival, that the people who manage it know what they are doing, why are they doing it, and take care about that.
– Storytelling festivals are very useful to meet different people and different styles of telling, but in Catalonia there are not many.
– The existing storytelling festivals in our region have a little outreach, so they don’t have a great public exposure.
– To try to transmit well what we do and what we need to the organisers of festivals not specifically devoted to storytelling, where storytelling performances are also programmed, in order to avoid an «everything is fair» attitude.
– In our region there is not a defined place for adult storytelling. The main storytelling sessions are to find in libraries and cultural and educational centres. 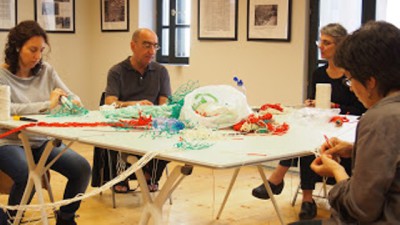 «Storytelling and theatre»
– In Catalonia the programming of storytelling in theatres is not very common as in other places in Europe, here is something very extraordinary.
– This point is related with what we talked before when dealing with the festivals topic: storytelling for adults has not found its place yet.
– The place of storytelling for adults is in the time when the people can enjoy stories; the difficult thing is how to reach this place in time and this physical place, where storytelling can take place: here is the big challenge.
– Maybe if we solve the problem of storytelling places, we will also solve the problem of the art, the profession of storytelling.
– We have to search for new places for telling stories, new rooms, and invest more in spreading the word from person to person, because this seems to be the more effective and long lasting way. 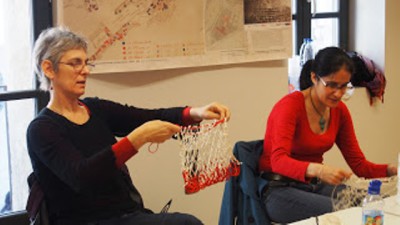 During this 3-day workshop, we discussed together the 4 topics from the discussion roundtables that will be organised during the Kea Conference in July, and all participants learnt in broad terms how to weave fishermen’s nets and we came back home with something made with our own hands. We shared stories, songs and anecdotes, and all this material was gathered in a document (in Catalan) that has been made available in ANIN’s website for all members that wish to work on stories related to the sea and fishermen.

Last Saturday we all bid farewell, but not for a long time, because after the summer, in La Casa de la Barceloneta 1761, the beautiful little Fisherman’s house from the late 18th century, renovated as a cultural centre, where we took the Fisherman’s net workshop, they have invited us to organise an afternoon talk with coffee and stories, probably accompanied by the people of the senior centre of the district: another room that opens to stories. And all that, just with a little meeting. Little but full of enthusiasm and creativity and stories. And if this has just happened with a little group of ANIN members, what may happen this year in the Kea meeting…

The last day of the FEST conference it is programmed a debate with open forum under the title of «What do I want and what do I expect from FEST? What can I contribute to FEST?» Maybe here is the answer. To reach something similar to what we reached during these days: to do something together and let creativity arise, all this multiplied and enriched by all the mosaic of people that makes up the FEST.

You can find the extended version of the logbook in Spanish and Catalan on the following links:

If anyone wishes the translation into English of one of this links, you can write to fest@anin.cat. 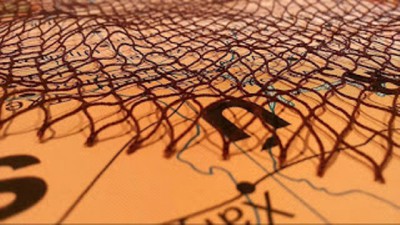